Good leadership is vital regardless of the size of the business, but a medium or large business will at least have enough managerial support to mitigate the damage caused by leadership problems. A small business doesn’t have that kind of buffer. With such a small team, a lack of stable direction can have disastrous consequences. 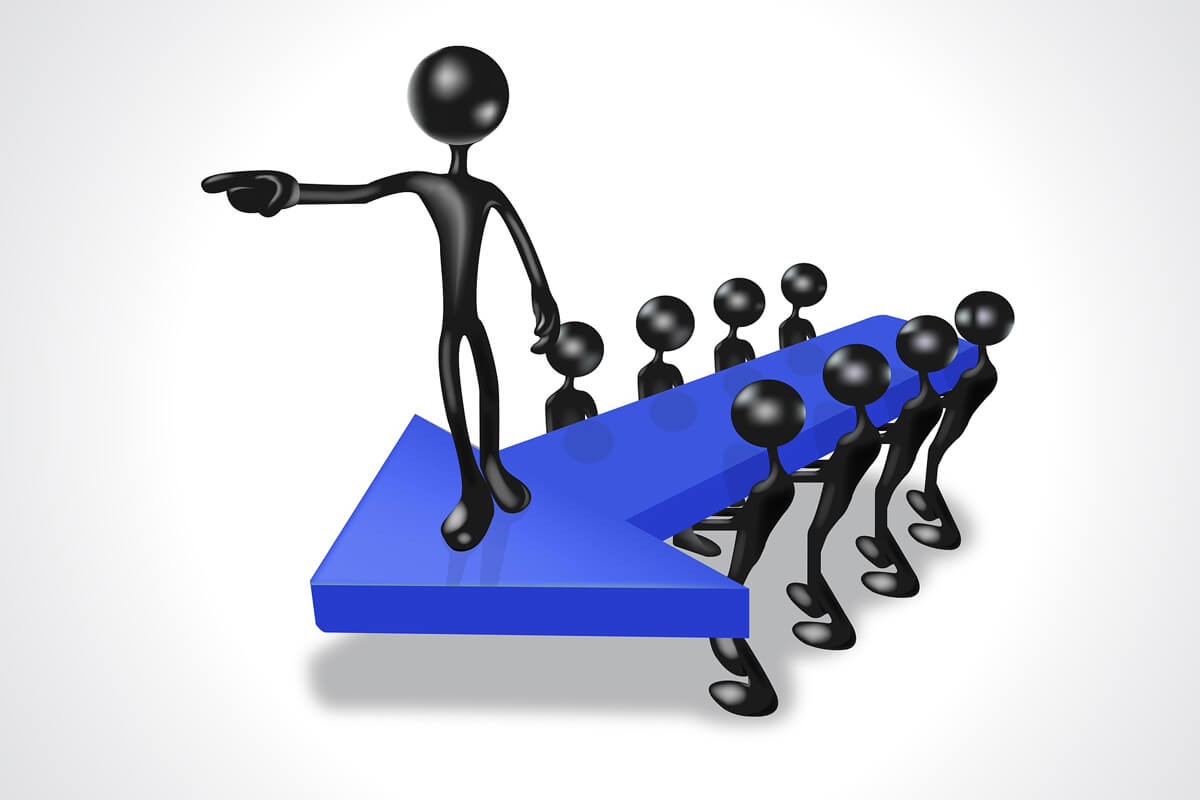 If you’re running a small business, or simply working for one (but with aspirations to one day reach a leadership position), then you need to know about the leadership mistakes that can sink companies altogether. Let’s take a look at the 10 biggest leadership blunders a small business simply must avoid if it’s to flourish, as told by Kaleigh Alexandra from MicroStartups.

1. Not actually having clear leadership

It isn’t uncommon for a business owner to struggle with a compulsive desire to be liked by their employees. It isn’t necessarily a major problem, but it can turn into one if it reaches the point at which they stop acting like a boss altogether. They might refuse to offer criticism, not wanting to be seen as harsh, or stop giving orders in the hope that their employees will be their friends.

This is a massive mistake. Employees need direction and steady guidance, or they’ll lose motivation. They’ll also lose all respect for a leader when they come across as spineless. A good leader must assert their authority clearly so that everyone in the company knows the person they’re ultimately reporting to.

It’s a story as old as the employment industry itself: you hire an employee, discover that they’re remarkably proficient at their job, and fast-track them to a leadership position. Doesn’t that make sense? You’re picking a great worker, after all, so they should be similarly great at leading. Except that isn’t how anything works.

Let’s say that you’re running a business in the tech sector with a growing team of developers. Your best developer is a productivity powerhouse: they get their head down, barely speak, and blitz through all the tasks you have for them. Is that person right for management? Can you be sure that they won’t spend meetings looking sullen and making everyone uncomfortable?

Leadership requires a unique set of skills, and sometimes you’ll find out that an average worker turns out to be a superlative leader. Choose based on the demands of the new position, not the candidate’s performance in a different one altogether.

3. Requiring approval for everything

One of the worst things a leader can be is a bottleneck for their company’s performance, but it can so easily happen. It’s particularly understandable early on in a company’s existence when it’s hard to know which staff members will pan out and which strategies will work. It’s also hard for a founder to go from having absolute control over every single element to allowing others to help steer the ship.

A leader becomes a bottleneck when they demand that every decision is approved by them first. Because their time is inevitably limited, it limits how much the company can get done and damages staff morale. How can someone be fully invested in a company when they’re not even trusted to carry out basic tasks without speaking to the leader first? And if someone shows all the traits of a great employee, then what sense is there in undercutting them at every turn?

Every day, employees filter into the office, get to work, then head home. As the weeks pass by, the business owner gets increasingly frustrated with the productivity, until (inevitably) that frustration reaches boiling point. They loudly berate their employees, wanting to know their excuses for failing to meet their productivity targets. “I didn’t know we had any”, each says.

As it transpires, the owner never actually gave any indication of what exactly they expected of their staff. They probably intended to at some point, but got distracted and forgot — and now the situation is very awkward indeed. The owner feels both frustrated and ashamed, and the employees feel mistreated and incompetent, all because expectations weren’t communicated.

5. Not investing in training

Short-term thinking can destroy long-term ambitions, particularly in the fast-moving digital world of today. With the vast resources of the internet at your disposal, it’s clear that keeping your skills updated is the only way to thrive and stay ahead of the encroaching competition — yet it’s perfectly normal for a small business to have no meaningful training plans.

When a company doesn’t invest in training, it soon starts to find itself struggling to keep up with the changing demands of the business world, so it has to be done. With each passing year, everyone on the team should advance their skills in some way.

“Making more money” isn’t much of a company goal — nor is “having a good time”. Almost every business, no matter how brilliant its staff and business model, is likely to encounter difficulties sooner or later. An important client will go elsewhere, or a natural disaster will cause damage, and suddenly everyone will be under pressure.

When this pressure arrives, believing in the future of the company will keep people going. Are you going to topple a rival company? Open a new office? Take the company public and buy every member of staff a new laptop? Tangible goals give everyone something to strive for.

As bad as it is for a leader to worry too much about being liked, it’s also disastrous to maintain a working environment in which the staff outright fear their leader. That fear might keep them relatively attentive during the working day, but it won’t guarantee performance.

Here’s a common scenario: someone who works on a computer wants to take a short break to browse the internet, but they’re worried about their employer viewing them as lazy, so they keep working — except their mind is on that break they didn’t have, so they’re not getting anything done. They appear productive from a distance, but they’re actually getting less done.

8. Being myopic when hiring

It’s still standard practice for employers to hire based on experience, even though someone having experience working in a particular role is no guarantee that they’re good at it, but hiring can get worse than that. Business owners might go with some classic nepotism and cronyism, hiring family members and friends, regardless of their qualifications and abilities.

A leader needs to be able to scout talent — and that’s about long-term potential, not just what someone is capable of now. It’s something you have to judge for yourself. Really talk to someone, and find out how they think. What are their prospects? What can they learn? If you hire someone with minimal experience but a lot of potential, you’ll hugely benefit: they’ll cost less (initially, at least), and ultimately prove very loyal.

Whisper it quietly, but not every business owner starts out with a comprehensive knowledge of their industry. Their ambition might belie their general inexperience, and they might be somewhat self-conscious about their capabilities. This can make it more likely that they’ll unintentionally view their hires as potential threats to their power.

And even if a business owner doesn’t view their employees as threats, they might simply have fear of losing them to bigger companies with more resources. Either way, the result can be the same: a leader subtly seeking to prevent their employees from developing into more well-rounded people and professionals. This is self-defeating.

Most employees will eventually leave (whether they seek power or simply get better offers), but more employees will leave if you don’t support them in their growth. Tobi Lütke, CEO of e-commerce Saas business Shopify, talks about the concept of a trust battery: “It’s charged at 50 percent when people are first hired. And then every time you work with someone at the company, the trust battery between the two of you is either charged or discharged, based on things like whether you deliver on what you promise.”

Let’s say that an employee wants more responsibility, so they start working harder to show their willingness to do what needs to be done. In fact, they work so hard that they triple their productivity, and pick up some new skills that would be useful at a managerial level — but their leader doesn’t even acknowledge the accomplishment.

It doesn’t matter why they don’t acknowledge it — whether they were trying to stunt development, or just never noticed because they’re generally oblivious. What matters is that the employee will lose motivation. Why work harder if no one notices? And when a high-pressure work situation comes along, they might not respond to it.

A good leader, then, must show their team that hard work will always be rewarded in some fashion. If they can’t afford a financial reward, they can find something else to offer. As long as the employee feels appreciated, they’ll continue to work hard.

These 10 leadership blunders are to be carefully avoided — just one leadership mistake can turn a promising small business into a failed experiment. But the good news is that nothing here is that hard to avoid. Make an effort to be thoughtful, practical, and patient: that should be enough.

More on leadership skills and growing your business.